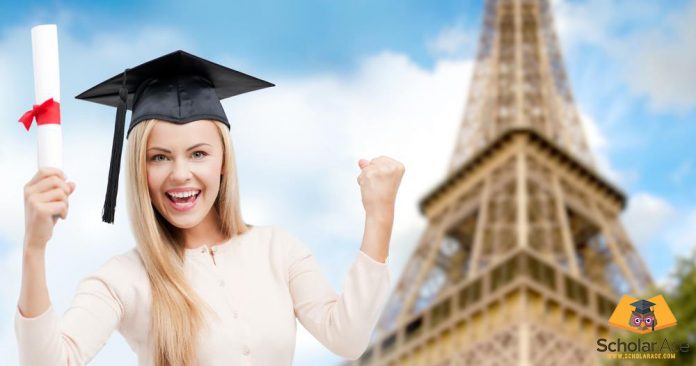 One interesting fact about universities in France is that most of them used to be part of bigger institutes at some point in time before they segregated to form their own institutes of specialization. This is indicated by a number in the name of the institution. This has helped in the formation of a wide spread chain of universities that help set the standard for specialization in certain fields however conspicuous they may seem on the global map of education. International universities are ranked higher and critically acclaimed if they provide courses in at least 2 languages, have an environment inclusive of different cultures throughout the world, and help students adapt to the new space via various interesting activities.

Coming back to students’ increasing interest and inclination towards graduate programs for international students in France is that now more and more Graduate schools in France are helping students holistically deal with not only being away from home but at the same time thriving at their education while they settle in a new and unknown space.

Comprised of 25 other institutes in total as well as containing a few research centers, this is situated in Paris and is one of the best universities for Masters in France. It came to being in 2010 and is composed of five universities of France, namely; Ecole Normale Superieure, College de France, Paris observatory and Chimie Paris Tech along with ESPCI Paris Tech. These are a mix of old and new universities of France bespoke of the eras in which they were established.

This is 41 on the latest Times Higher Education Ranking and number 50 on the QS Ranking of 2019. It also ranked 84 on the Best Global universities ranking of 2018. Aiming to make its mark as one of the best institutes for scientific research, PSL Research University aligns itself with other international institutions that are ranked amongst the top ones on many charts. These include university of Cambridge. Papers produced at PSL Research University are cited often for scientific validity and credibility and it has one of the highest rates of research production. Many of the award ward scientist which also include Nobel awards, most cited authors and academic experts hail from the university making it one of the finest Masters study programs in France.

This is one of the best higher education schools in France given how student and alumni satisfaction is at an all-time high along with high ranking on international charts to support these claims made by the university representatives. Times Higher Education Ranking puts this on number 73 whereas Shanghai Jiao Tong University Rankings of 2018 ranks this public research university in Paris on number 36 and a great choice for graduate programs for internationals students in France. Founded as recently as 2018, students looking for graduate schools in France would think it to be in its nascent stages of development. This however was mitigated by the coalition of multiple universities including Pierre & Marie Curie University.

This university facilitates students in the knowledge of humanities and sciences as well as medicine. One of the coalition universities also teaches the practice of Law for anyone looking for top graduate programs in France in pursuit of a degree this particular discipline. Similar to PSL Research University, student’s satisfaction and international rankings put this university on high demand for international students and makes it a top choice for masters in France.

If this wasn’t enough to grab some people’s attention, Sorbonne University also offer a satellite campus situated in Abu Dhabi. Many award winning scientist and increasingly cited authors hailing from Sorbonne University have made their mark in the academia. This has led to it being considered one of the best universities for Masters in France. Denis Diderot was a highly accomplished philosopher and art critic from the 18th century and given French locals appreciation and interest in Art and philosophical discussions the university was given this name to honor him. Ranking 194 on Times Higher Education Ranking of 2019 and 295 on QS Rankings of 2019, Paris Diderot made its name by providing quality education in sciences and mathematics and for anyone looking for studying a graduate degree in France they provide some of the top graduate courses for prospective international students.

Student and alumni accomplishments as well as the aforementioned rankings are bespoke of this fact. It houses the largest university library of Paris as well making university life for international students in France smoother and transition easier.

108 on the most recent Times Higher Education Ranking and a whopping 65 on the QS Rankings of 2019, Ecole Polytechnique specializes on academic excellence in science and technology. It is fast taking its place amongst the best graduate schools the country and has been home to many award- winning scientist all over the globe while some of the highly cited, reliable research sources hail from this university.

This is reflected in Ecole Polytechnique accomplishing a high ranking on the Shanghai Jiao Tong University Rankings of 2018 making it a great choice for anyone looking for a Master’s in France. It does have a small student body, comprising merely of three thousand students however most of this comprises of international students from all around the globe as it attracts many.

This is because of the special help provided to international students in order for them to acclimatize easier to the foreign environment along with provision of special preparatory programmers and learning facilities which eases up university life for international students in France. All of these great feats are accomplished by the university because of a unique academic approach where studies in undergraduate courses are aided by graduate level research.

Learn more: What Is It Like For International Students In South America – Universities, Student Life…

However, in order to not let the students become one dimensional in their approach of career as well as life, it is made compulsory for students to take a humanities course or a sports curriculum is added to the overall syllabus. It is no wonder then that the university has produced some of the most well rounded alumnus and comes highly recommended for international students looking for well-ranked graduate schools in France.

Evidently then this is one of master’s student’s top choice in France and more and more students studying a graduate degree in France are now opting for it. Times Higher Education ranking ranks this university on number 201 while QS Ranking of the year 2019 puts it on 263. Providing high quality education in engineering and producing technically competent individuals is what this place is known for as a top graduate program in France. It also provides research opportunities via many of its specifically curated high-quality programmers as well as research laboratories are provided where innovative ideas are tackled every day and scientifically evident research is carried out.

This puts it amongst all premium graduate schools in France. Along with engineering, courses are available in mathematics, information technology, and environmental sciences, transportation along with urban planning as well as economics and sociology. This place comes highly recommended for international student looking to pursue graduate programs in France.

This school will not only train international students looking for higher education abroad in any of the aforementioned fields but also provides post graduate placements in order to further their careers given its coalition with over 400 different organizations all over the world.

201 on the Times Higher Education Rankings of the current year and a whopping 153 on the QS Rankings of 2019, this is an elite French university providing education in business and political leadership as well as sciences and humanities. One of the top graduate programs in France, this university also stress on the importance of educational research in the context of academic training and a wide variety of research publications and authors hail from the institute.

They are all cited internationally and considered a credible and reliable source of academic knowledge given their thorough training background. The training programmers provided at École Normale Supérieure de Lyon are not only internationally recognized but they are also finely curated to each individual’s personal interest and academic inclinations.

Research is given a special attention at Ecole Normale Superieure and its home to many research facilities where social sciences and humanities are being explored daily. Similar to the earlier option, this university also helps students with furthering their career by providing prompt placements and opportunities right after graduation and is a top choice for international students studying a graduate degree in France.